Thus far the year has flown by with work and travel and guests.

I’ve worked on book covers, theater posters, logos, and more but through all that have still found time to do some personal work.

Month of Love this year came during one of my busiest stretches so I was unable to go all out and post every single week as I love to do. However the two pieces I did have time for are two of my favorites this year.

As with most of the US, I have been swept away by Hamilton and wanted to create my own homage to it’s ground breaking beauty. I hope to continue with more pieces in this style as a series. 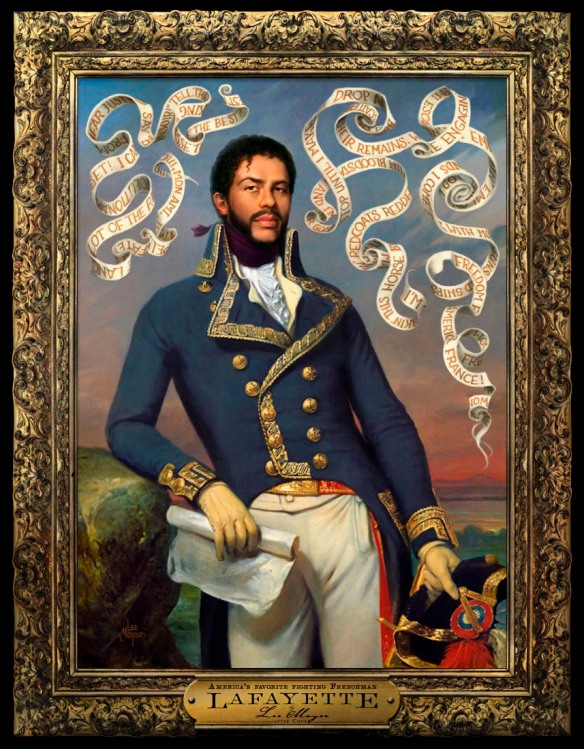 Our dear friend Accalia was here from Canada for the Rachel Brice Elements program and posed for the Goddess Allatu.

Hopefully the second half of 2016 will see more personal projects as well as business as usual!

My Elements piece is thus far my most popular piece of writing and has proven valuable to myself and others so I would like to expand on more recent painting breakthroughs. In mid-2013, I painted a piece called “Glorianna” for the new Starstruck volume (which I am currently hard at work painting). Here are some of the lessons I realized in this painting:

No Expectations:
I’d started with no expectation of making a finished piece right away (see the video on Creativity by John Cleese). In my insanely busy work life (yes, I once did 1000 pieces one year and this year I’ve completed one Small God a day for 365 pieces in the past 365 days), that is itself shocking.

Don’t Jump at the First “Success”:

I’d done a quick sketch of Verloona first (the obvious bad [and vain] girl pin-up of the Starstruck characters), but rather than finish it, I thought I’d try another subject – the character I am the most simpatico with: Glorianna. I thought to set her up as a tall/thin Nouveau Mucha piece, with nods to John R. Neill.

Go With It:
But when the piece started to come together as a Pre-Raphaelite piece (the two pieces below are NOT mine, and never could be. But I love the Pre-Raphaelites deeply) instead, I did the smart thing (for a change). I let it. 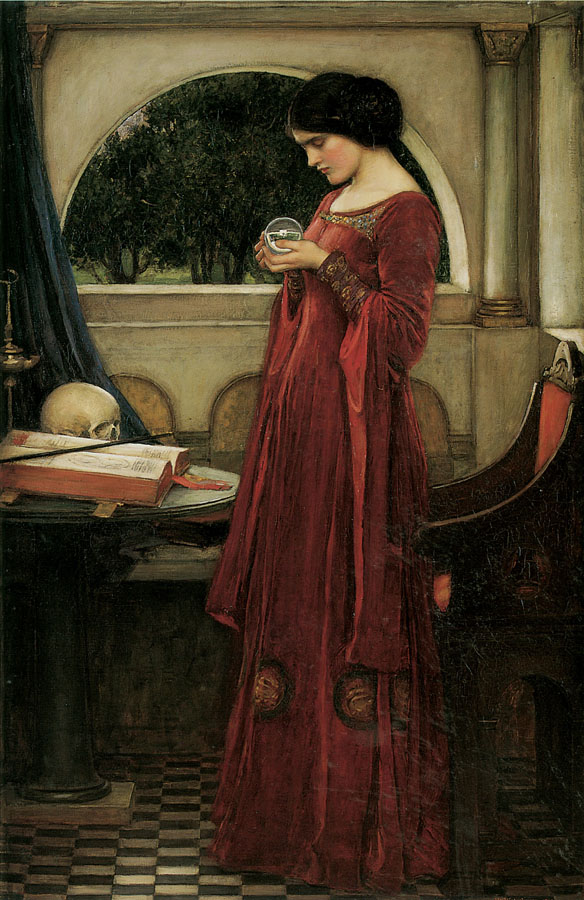 Send Roughs/ Get Input:
I sent a rough (I historically hate rough work and try never to show it) to Starstruck’s author Elaine Lee for her thoughts about moving it to finish. She found it agreeable, and I asked her for information so the background could become something other than a generic clearing in generic trees.

Do More Roughs:
Originally she was standing on the same plane as the background. Through the process of fixing her back arm, and making a working background I made many permutations until I could choose the very best versions.

Don’t Get Attached:
Historically it’s not the reference that I’ve found hardest to shake- rather it’s fidelity to the details of the character, milieu or environment. In this case, it wasn’t so hard for me to riff on Michael Kaluta’s wonderful character design. In part because, unlike most comic characters (and animated characters), she’s a real person who wears more than a single set of jammies. And having discussed the background with Elaine, I knew I was drawing something outside the extant range of the comic. So a sigh of relief there.

Don’t Overwork:
I’ve been doing this professionally for more than 30 years, and until this month, I’ve never felt secure in my work. Ever. But after a lot of introspection, I’ve stripped down my paintbrushes and gotten serious about not being a control freak. Yes, there are still some small details to hone (her Krystal necklace is important), but leave well enough alone! This piece took less than 2 full workdays – and that alone could be cause for my next point:

Be Happy with Happy:
This sounds a bit ridiculous, but I find artists too seldom spend time enjoying their successes.
But I am delighted with this piece and what it means to me. So there. :p

I critique hundreds of pieces every year. Not because I’m a Creative Director (although I have been), but because I (like you) am a consumer of art – of illustration, painting, comics, games, et alia. And the act of critique is one of the most helpful for enlarging one’s own understanding and formalizing concepts that might otherwise float away….

While the following list is by no means scientific (many of the elements listed below overlay others, and many great paintings use only a few) I made it for my own reference and I hope that you may find it useful food for thought. Please print it out and put it by your drafting table or computer if it’ll help.

Focus
Where do you want your viewer’s eye to go? What’s the heart of the piece, the crux of the biscuit?

Narrative
Is there a story here? A big idea? A paradigm, a parody, a pastiche? Has the sword been nicked in battle, has the dog been fed, has the sweater been patched? Norman Rockwell began his pictures thinking of a soldier under a light post and ran scenarios in his mind (often switching “lead” characters) until he found a painting.

Composition and Design
Create a visual hierarchy – A path for the viewer to follow? Something fractal? Separate elements intended for book cover, spine and back cover? Consider the surface you’re working on, its aspect ratio and how that effects the harmonies and tensions of your piece. When working in a tall oval, or a wide ceiling, or a strange milled form, that’s pretty obvious. But it is just as important within a normal rectangle.

Palette
There are many good ones that great painters have applied over the years. Use one of theirs or make your own!

Value
Can your piece be reduced to black and white and still read correctly?
Sometimes good pieces work their value in terms of warm and cool colors, but most need strong tonal variety to read well. 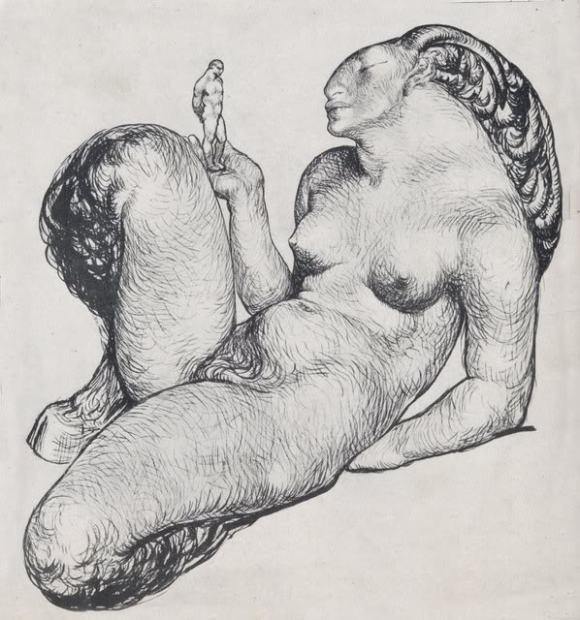 Symbolism
Personal, classical, mystical or cultural – words, numbers, objects, beings. There’s no shortage of sources or end to interpretation. While there was an entire movement of Symbolists (only some of whom were painters),  Michael Kaluta and Brian Despain are excellent modern examplars.

Synecdoche  (Micro defining Macro)
A small area of tight or implied detail will help define vast shapes – like the windows in a colossal building or the wrinkles on an elephant. One needs only a few wee bits to represent a larger whole.

Juxtaposition
Comparisons and contrasts of size, scope, meaning, characters… in our world of Zoroastrian black and white contrasts, this is often too-easy. Use discretion and variety

Stylization
Sometimes it’s fetishism for a type of brush-stroke or color scheme, sometimes caricature or anatomy. For example, the best pin-ups (by Gil Elvgren, Aly Fell, Glen Orbik, et alia) have similarly stylized elements, some of which might surprise you.
If you’re working on a pin-up, just crack their code and you’re off to the races.

Character
Have the characters lived real lives? Are they real beings with hopes and fears? Body language, gesture and costume are crucial here.

Tension
Gesture is important, but so is the feeling of tension. Sometimes it’s the most important part of a piece. Drama, high stakes, suspense. If you can enlist the viewer’s sympathy support or curiosity, you win.

Line
It’s quite obvious in the works of Franklin Booth, Aubrey Beardsley, and Mike Mignola – but don’t underestimate its importance for Drew Struzan, Arthur Rackham or John Jude Palencar.

Research/Reference
I know precious few people who draw brilliantly out of their heads, but those heads have absorbed the lessons their eyes have shown them for many years. Most of us have been nowhere near as observant, and while we may remember and be able to imagine many things, there are usually areas where we fall down. Bolster yourself and your work with reference. Don’t stick slavishly to it, but make it do your bidding.

Vignette
The play of shape (whether silhouette or fully rendered form) against a white, colour, or fully realized background is so important for keeping a viewer interested. It can be akin what designers call negative space.

Perspective
Each point in perspective applies to a single dimension (in 2 point perspective the points are nearly always width and depth). Get perspective right and you’ll be halfway home. Also, the more you keep you POV away from a normal grid as seen from a height of 6 feet, the more dynamic your piece is likely to be.

FUN!
A certain joie de vivre is key. It doesn’t matter if you paint supplely or with technical perfection – If you don’t bring some fun and adventure to your work, viewers can tell. They won’t always know what’s wrong, but they’ll get that something is…

Process: This is your way of managing and editing all of these different elements. Each step of your process should be about solidifying one more element of the image, building up to a final piece. There are many processes, and many ways to finish, but I think most processes start with idea or composition.